I am installing a new floor in a basement addition (addition was done sometime in the 2000s), and as part of that, wanted to run ethernet cables as well. The floor is going to be 1" of EPS foam, and then two layers of 15/32 plywood. I'm using the guidelines provided by the BuildingScience corporation. Unfortunately, the ceiling is finished, and I'm not going to be able to replace it for the next few years, so I was planning on running 3/4" ENT conduit underneath the plywood against the walls, and fishing ethernet through there. There are, for reasons I'm unclear on, several boxes already installed with no wiring going to them, so I figured I could just fish the cables up from the conduit.

So I was cutting through the drywall along the base of the wall so I'd have a path, and discovered not the plywood that I was expecting, but concrete. I'm not sure if that's the foundation of the original house, or what. And while I could in theory cut into it, I don't know of any reason to do so. Instead, I'm planning on just running the ethernet up a channel from the floor (I'll install a low profile box under the new floor, instead of in the wall as I was planning to before).

So, questions are: 1) Is this a horrible idea, for some reason that's not occurring to me?

2) After running the cables, how do I patch the channel in the wall? I won't be able to use a drywall patch, as the patch would be too thick. I'm thinking about taking a piece of drywall of the appropriate size, shaving down the gypsum, and attaching it using the hammock method. 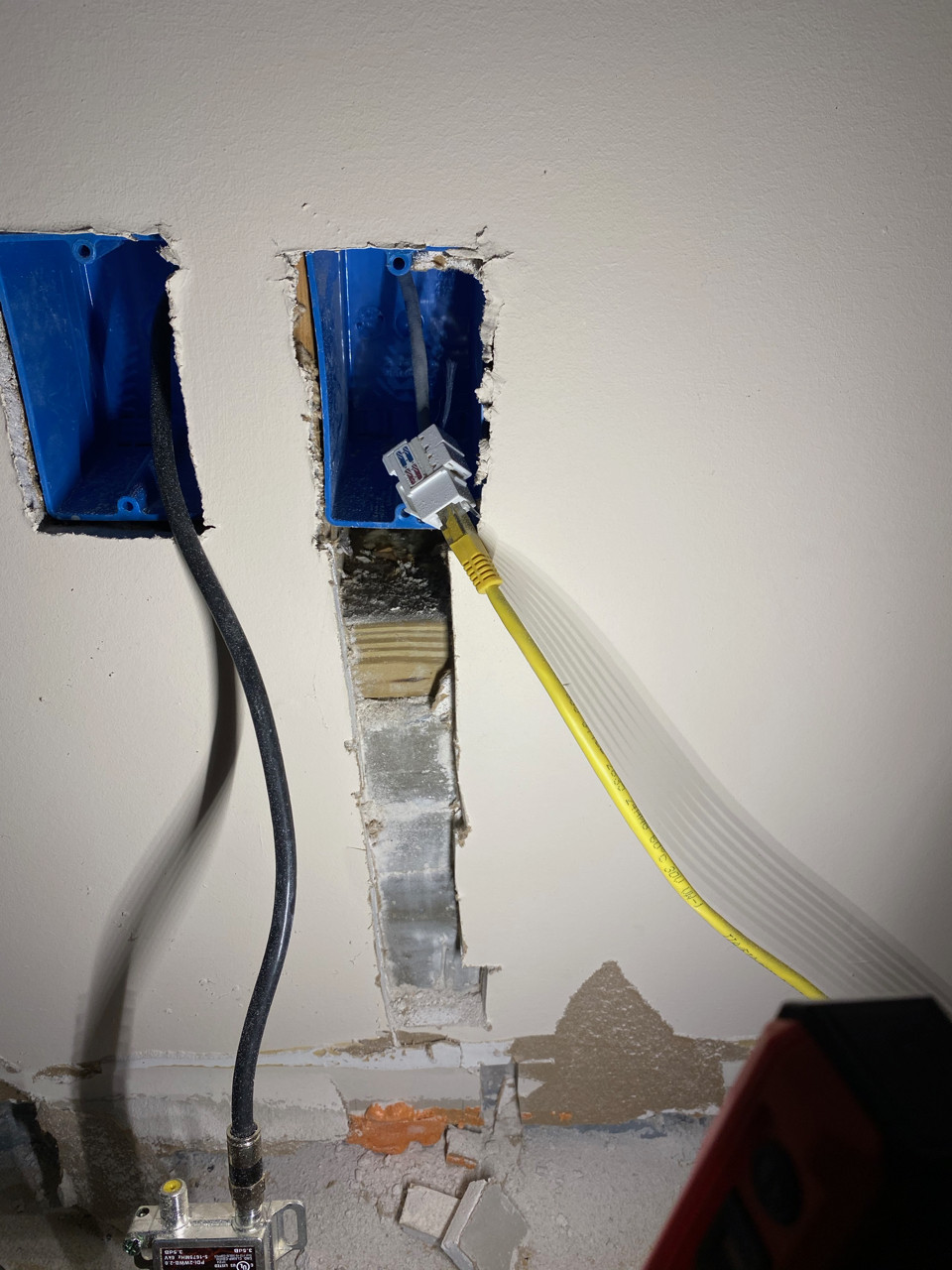 Are you looking for the answer?
Original Question and Possible Answers can be found on `http://diy.stackexchange.com`
Question Tags: drywall, patching-drywall